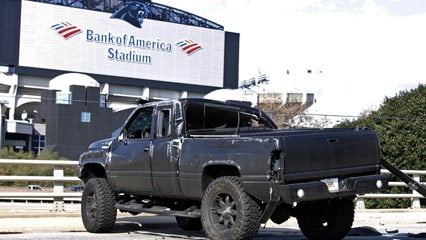 UPDATE: Cam Newton was released from Carolinas Medical Center around 11:30am Wednesday.  According to a Panthers spokesperson he was in good spirits and with family.

CHARLOTTE, N.C. — The crash report from Cam Newton’s wreck has been released.  The police report shows that a vehicle driven by Nestor Pellot Jr pulled out in front of Newton’s truck.

The wreck caused the truck to overturn and did approximately $9,000 in damage to Newton’s 1998 Dodge pickup truck.

Pellot was driving a 2013 Buick car which sustained approximately $4,000 in damage.  Two witnesses on the accident report both say Pellot pulled out in front of Newton.

No charges have been filed at this time.  See the report below or click HERE for a pdf version of the report.