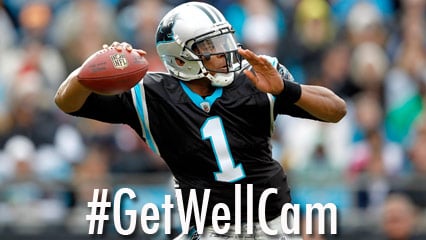 CHARLOTTE, N.C. — NFL players took to Twitter after hearing about Cam Newton being involved in a serious wreck in Uptown Charlotte.

Many players started using the hashtag #GetWellCam to give their well wishes to the Panthers’ quarterback.

Newton fractured two bones in his back after his truck overturned in a wreck on South Church Street at West Hill Street near Bank of America Stadium.

The driver of the other vehicle involved was also injured but is expected to be okay.  Police are investigating to determine the cause of the accident.

Take a look at the #GetWellCam tweets below.