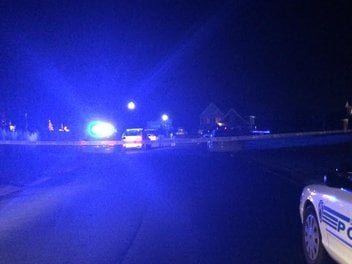 EAST MECKLENBURG COUNTY, N.C. – Charlotte-Mecklenburg Police say a man trying to break-in to a home Tuesday evening was shot and killed by a grandchild inside the house with their grandmother. Police will not confirm the specific age of the child. It happened in the 8600 block of Rolling Fields Lane. That’s in east Mecklenburg County, near Mint Hill. A second break-in suspect fled the scene.

The call for service came in at 5:14PM. When officers arrived, they found one suspect with a gunshot wound. Medic pronounced him dead on the scene. Detectives are talking to neighbors to find out if there are any other witnesses.
Crime scene investigators are collecting physical evidence. Members of the Mecklenburg County District Attorney’s Homicide Prosecution team are also there.
WCCB Charlotte reporter Courtney Francisco is on-scene, gathering more details from police and neighbors. Look for her live report at WCCB News @ Ten.
The investigation is on-going. Anyone with information should call 704-432-TIPS or call Crime Stoppers at 704-334-1600.
8:23PM UPDATE: Grandfather confirms for WCCB Charlotte that his 14-year-old grandson shot and killed the suspected intruder and that the home has been broken into before.