One Dead In Mobile Home Fire In Iredell County 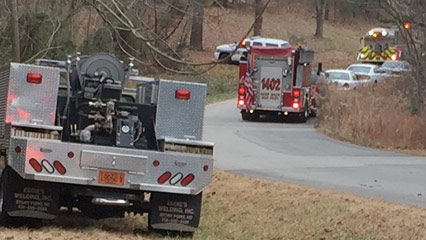 IREDELL COUNTY, N.C. — Officials say a man died in a mobile home fire in Iredell County.  Flames ripped through the home on Westforest Drive around 8am Thursday.

Police say 46-year-old Timothy Hart was awake when the fire broke out.  He was pronounced dead on the scene. The SBI has been called in to investigate.

There is no word on what caused the fire at this time.  This is a developing story.  Check back for updates.