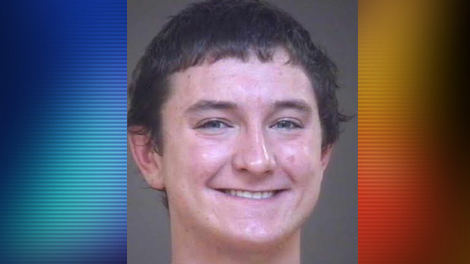 LINCOLNTON, NC– Police arrested a teen who fired several shots into a home in Denver.

Reports say the home owners awoke to several bullet holes in the front door of the home, residents say they heard several shots fired early in the morning, but thought nothing of it due to it being a common sound in the area.

After investigation, deputies discovered that the son of the home owner had been in an altercation with a another person earlier in the day.

After contacting the suspect in the case authorities found that, Dustin Aubrey Rogers, 19, claimed he wanted to scare the son after their altercation by shooting at the home.

A .22 caliber pistol and ammunition were seized from the suspect, Rogers was charged with discharging a weapon into an occupied dwelling and misdemeanor injury to real property he is being held on a $10,000 bond.