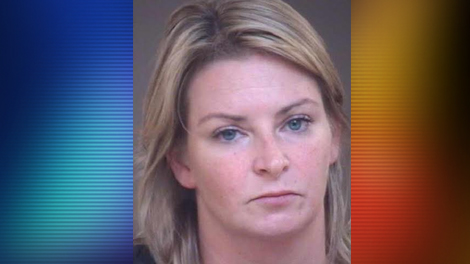 Authorities say Jessica Jean Yeckley, 32, was at the courthouse on stand by for her trial on  misdemeanor breaking and entering charges, that’s when a security cameras caught her entering the office and stealing the wallet of Assistant District Attorney Kay Killian.

Detectives contacted Yeckley who admitted to taking the wallet, but claimed she didn’t use any of the credit cards and only removed $100.

Yeckley claimed she took the wallet hoping to find money to pay her child’s insurance but felt guilty, she was charged with misdemeanor larceny and possession of stolen goods, and the wallet was returned.