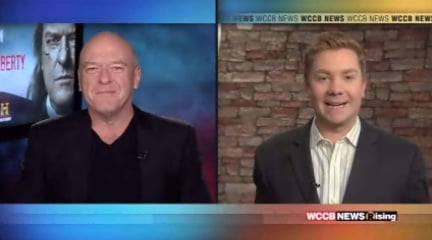 CHARLOTTE, NC- If you ever wanted to learn more about the radical men who helped create our country, the History Channel has a new series called “Son’s of Liberty”.

Dean Norris who plays Benjamin Franklin talks with Derek about recreating the past.

He admits that when he put on the costume and make up, he looks just like Franklin.

Norris has stared in “Breaking Bad” and “Under the Dome”.