The Good, The Bad and The Weird- TSA Illegal Stuff in 2014 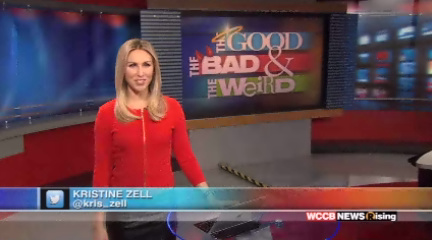 CHARLOTTE, NC- It’s time for The Good, The Bad and The Weird

The Good- When a mother collapses, her four year old daughter calls 911 and gave the operator her full name and address.

The Weird- TSA has released its report on illegal stuff they found in 2014. Included on the list was a man hiding a knife inside a chinchilla.