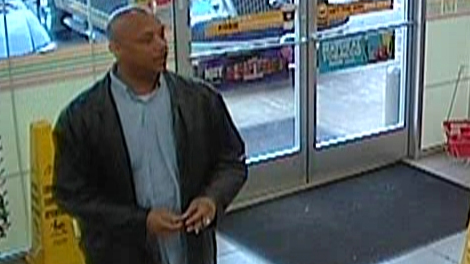 CHARLOTTE, NC– Police are asking for the public’s assistance in identifying a man who pepper sprayed a dog in a parked vehicle.

On Tuesday reports say a man approached the victim’s vehicle parked at a 7-11 gas station on S. Tryon Street, the suspect then sprayed pepper spray inside a cracked window that was left open for a dog that was sitting inside.

This caused obvious pain and irritation to the canine.

The suspect is described as a 40 year old black male, approximately 6’2″, average build and was last seen wearing a black jacket, black pants and blue shirt.