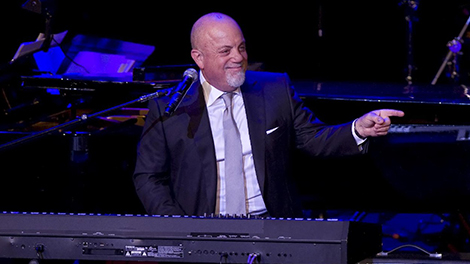 CHARLOTTE, NC– Billy Joel is coming to Charlotte in 2015.

Live Nation made the official announcement that Joel will host a concert Saturday, December 5th at Time Warner Cable Arena.

“We are excited to partner with Live Nation to welcome back the one and only Piano Man, Billy Joel, to the Queen City for his December 5 performance at Time Warner Cable Arena,” said Hornets Sports & Entertainment President & COO Fred Whitfield. “Billy Joel is one of the greatest musicians of all-time and this will certainly be one of the biggest concert events of 2015. We are proud to continually provide world-class entertainment at Time Warner Cable Arena for all of the people throughout the Carolinas.”