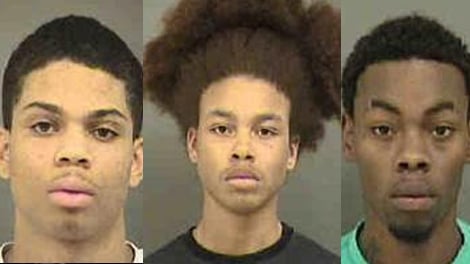 Authorities say on Thursday, January 22nd, a call for service came in about a robbery at the 1700 block of Charleston Place Lane.

Upon arrival the victim told police she was walking on Charleston Place Lane when she was approached by three suspects who demanded her purse.

Once receiving the property the suspects fled the scene on foot.

The victim was not injured during the robbery and police were able to obtain warrants for the suspects involved.

Police say Marquevious Glenn, turned himself in once learning warrants were issued for his arrest.

Authorities located and arrested the other two men Devan Wayne Mitchell and Xzavier Jocquis without incident.