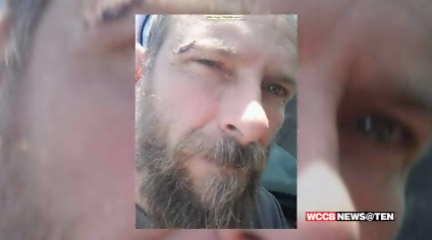 They detail accusations that he beat two teens with a cane outside his Jefferson, South Carolina home in October.  The boys had red marks and swelling on their faces.

Police believe Melton may be hiding out in the Buford Crossroads area of Lancaster County.

“Cops been all around lately,” said Lancaster resident Howard Lee Smith.  “Helicopters been flying.  They’ve been making a big scene about putting posters up everywhere, so he’s bound to be here somewhere.”

Melton’s 14-year-old stepdaughter returned home Monday after police say he abducted her and took her to the mountains.  Melton is expected to be charged with criminal sexual conduct with a minor once he’s arrested.