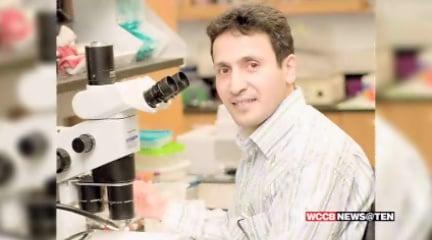 COLUMBIA, SC — WCCB Charlotte has confirmed that the shooter in a murder-suicide on the University of South Carolina campus was the victim’s ex-wife.

The coroner says Sunghe Kwon shot Dr. Raja Fayad several times inside a fourth floor office on Thursday, then killed herself.  Investigators found an empty nine-millimeter, semi-automatic handgun at the scene.  Students are still struggling with what happened.

The Arnold School of Public Health remains closed.  There’s no word when it will reopen.