The Snark Report with Derek James: Kicking off the Week with Kanye, Brian and Rosie 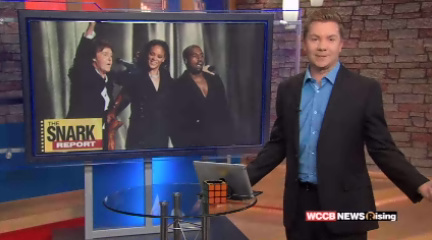 A little pre-Grammy dig on Taylor Swift thanks to John Mayer.

Seems that when it comes to the Kanye and the Grammys, he never fails to give us something to snark about.  Keep ’em coming Kanye.  And thanks to Kim for dressing for the occassion.

NBC anchor Brian Williams has decided to take a temporary leave of absence from NBC Nightly News after admitting to embellishing his war stories.

And once again Rosie O’Donnell is leaving The View….again.  The stress is just too much…..

Spongebob Movie was a big hit at the box office this weekend.  And the actors were spot on!