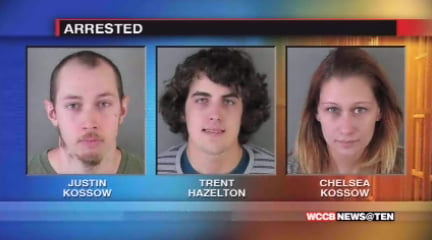 GASTONIA, NC — An armed robbery outside a Gastonia apartment complex turns into an hour-long standoff.

The victim says the three approached him in the parking lot of the Gardner Park Apartments Tuesday morning.  He says they robbed him and beat him with a baseball bat.

The standoff began after police surrounded the suspects at a nearby home.