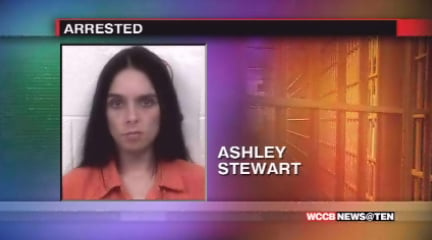 LENOIR, NC — Police in Lenoir say they’ve found the person who murdered a woman and left her body in a parking lot.

Ashley Stewart, 27, is charged with murdering Hope Webb, 39.  Police found Webb’s body outside the Creekway apartments on February 1st with a puncture wound to the chest.  Detectives have not released a motive at this time.

Stewart is being held in the Caldwell County Detention Center without bond.  Police believe there will be more arrests in the case.