Winthrop hangs on against Gardner Webb, 71-68 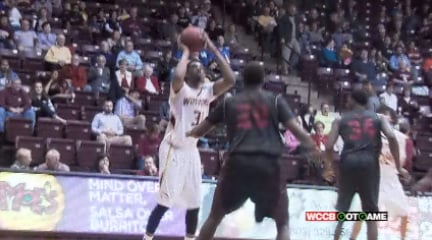 An Adonis Burbage 3-pointer with 1:30 left completed the Gardner Webb comeback bid; giving the Bulldogs their first lead of the second half. Prescott answered for Winthrop two possessions later however, taking a pass from Moore to hit the game winner. Gardner Webb had a final possession, but Tyler Strange turned the ball over. Andre Smith hit two free throws for Winthrop to close the game out.
Keon Johnson added 10 points for Winthrop (14-11, 9-5 Big South), who snapped a four game losing skid versus Gardner Webb.
Jerome Hill had 21 points and 15 boards for the Bulldogs (16-11, 8-6). It was Hill’s 14th double-double of the season