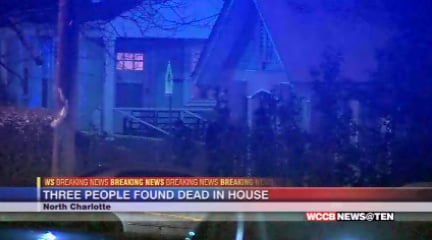 Police say they responded to the 700 block of Norris Avenue off South Graham Street around 5:21 p.m. after receiving a call about three bodies found inside the home.

Detectives say this is not a random act of violence but they are treating this as a homicide. Officers are canvassing the area to determine if there are any witnesses.

The name of the victims have not been released. Police have not said if they are looking for a suspect.