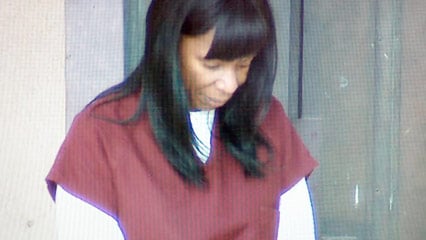 CHARLOTTE, N.C. — A school nurse supervisor who is accused of hiring an undercover officer to kill her ex-husband was in federal court Friday.

Fathia Davis was given a $100,000 bond by a judge.  However, she will remain in jail for 48 hours after she makes bond and will have to wear an ankle monitor.

The affidavit says Davis was persistent in asking so the man eventually went to police.  That’s when police say they had an undercover detective meet with Davis.