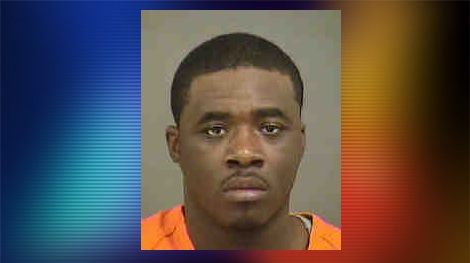 CHARLOTTE, N.C. — Officers have charged 23-year-old Quincy Jones in connection to the stabbings at the Oasis Tent in Uptown.

On Sunday, around 1:30 a.m., officers were called to the 500 block of North College Street in regards to an assault with a deadly weapon call. When officers arrived, they located two victims that were stabbed following an altercation inside the location.  The tent was set up as a nightclub.

Both victims were taken to Carolinas Medical Center where they were treated for non-life threatening injuries.

Jones is charged with two counts of assault with a deadly weapon inflicting serious injury. He has a court appearance set for Tuesday.

The Oasis Tent was one of many locations hosting parties during the CIAA tournament. Rappers Meek Mill and Nicki Minaj were both scheduled for appearances Saturday night.