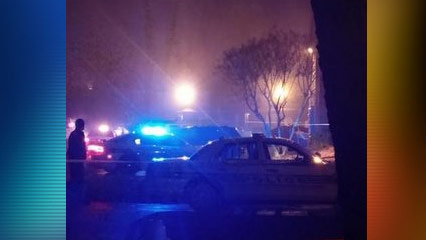 UPDATE: The victim has been identified as Justin Reid.  No arrests have been made at this time.

CHARLOTTE, N.C.– The Charlotte-Mecklenburg Police Department is investigating after they say one person was shot and killed at the Peppertree apartment complex on Central avenue.

Police say that they responded to an assault with a deadly weapon call in the 3000 block of Timber Hollow Drive just after 8:00 Sunday night. Upon arrival, they found a male lying in the parking lot suffering from gunshot wounds.

The victim was transported by Medic to Carolinas Medical Center where he was pronounced deceased. Officials say that they are canvassing the apartment complex to determine whether there are any witnesses to this incident.

The victims identity has not been released.Anyone with information about this incident is asked to call 704-432-TIPS and speak directly to a Homicide Unit Detective.  Detective Fitch is the lead detective assigned to the case.  You can also call Crime Stoppers at 704-334-1600 or visit the Crime Stoppers mobile app website at http://charlottecrimestoppers.com/.