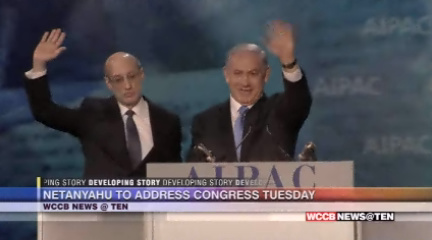 Critics claim the speech is an example of Netanyahu’s strained ties with President Obama.  It revolves around Iran’s potential development of nuclear technology.  But the Prime Minister says the relationship is strong.

“That’s the message I came to tell you today,” said Netanyahu.  “Our alliance is sound.  Our friendship is strong.  And with your efforts, it will get even stronger in the years to come.”

Netanyahu also said that reports of strained relations between the U.S. and Israel are not true.