One Killed in Watauga Co. Fire 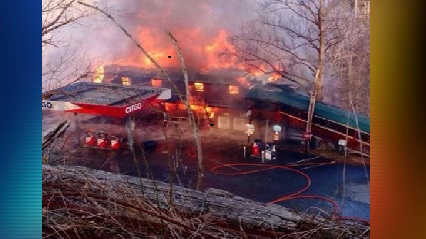 WATAUGA CO.,–Officials in Watauga County battled a large fire that started just after 9:00 Sunday morning at the Riverview Grocery and Apartments at the 8000 block of US Highway 321 N, Sugar Grove.

A resident of one of the apartments was unable to evacuate and has died. The other residents displaced by the fire are being assisted by the American Red Cross.

Officials shut down Highway 321 in both directions early Sunday afternoon and re-routed traffic in the area. Both have reopened since.

Eleven fire departments assisted with putting out the blaze.