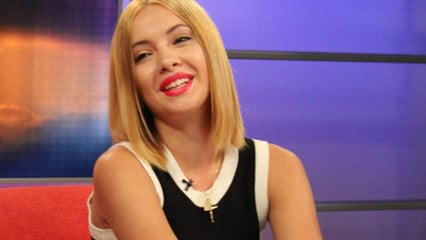 CHARLOTTE, N.C. — The search warrant has been released in a north Charlotte homicide that killed a contestant from America’s Next Top Model, her boyfriend and another man.

Mirjana Puhar, Jonathan Alvarado and Jusmar Gonzaga-Garcia were found dead on February 24th at a home on Norris Avenue.

Police arrested Emmanuel Rangel and charged him with three counts of murder.  Police say the victims and the suspect knew each other and the incident was drug related.

The search warrant claims that two different guns were used in the murder and only one of the weapons has been recovered at this time.  The warrant also states Alvarado had an extensive collection of shoes (mainly Air Jordans) and many of those shoes were missing from the home.

Police claim they found nine pairs of Jordans and one pair of ADIDAS shoes at Rangel’s mother’s home.

Rangel is also the suspect in a homicide that happened in Matthews the weekend before he allegedly killed Puhar, Alvarado and Gonzaga-Garcia.

Police say Rangel and Edward Sanchez were both charged with murder after they killed Rosool Harrell at the Microtel on Matthews-Mint Hill Road.  Emily Isaacs was also arrested in the case and charged with accessory after the fact.

Puhar, 19, was on the 21st cycle of ‘ANTM’ which aired last year. She was eliminated from the show in the 10th episode.