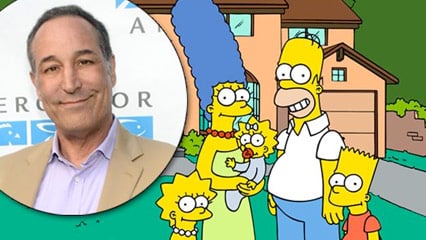 Sam Simon, the co-creator of “The Simpsons” has died … TMZ has learned.

Simon passed away Sunday at his L.A. home, following a long, difficult battle with colon cancer. Simon was diagnosed in 2012 and was very public that his disease was terminal.

We’re told Simon was surrounded by his family when he died, and his dog. The dog was very special in Sam’s life … he was a big animal rights advocate.

The Sam Simon Foundation tells us, “For those of us who knew him, his voice will forever echo in our minds; his sense of humor will continue to make us laugh; and his compassion and generosity will continue to impact our lives.”

Adding, “Sam, you will be missed by many, but there is a particular sadness among our clinic staff. We have been together for so long, and your absence will forever leave a void in our lives.”

Hank Azaria, who voices multiple characters on the show, just tweeted, “Rest in peace and thank you for The Simpsons, Sam Simon.”

Sam previously announced he would be leaving his nearly $100 million fortune to his various charities.