Children Kept in Home with Body of Dead Grandfather 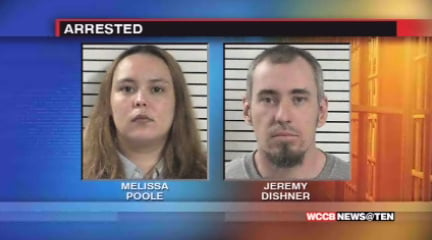 STATESVILLE, NC — A couple in Satesville faces child abuse charges after their young children were found living in a home with their dead grandfather.

Melissa Poole and Jeremy Dishner are accused of keeping their five children in filthy conditions.  Deputies went to their home on West Winds Loop Friday, investigating the report of a death.

They found the body of the children’s 62-year-old grandfather.  The Sheriff believes he died from natural causes.  Deputies also found trash, dirty clothes and food all over the house, along with raw sewage in the bathrooms.

The kids are now in DSS custody.