Edge on Demand: Did Hillary Only Delete Personal Emails? 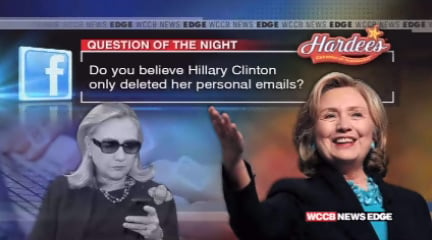 Hillary Clinton is breaking her silence.  The presumed 2016 Democratic presidential front-runner addressed her use of a private email account and private email server to conduct official business as Secretary of State.  Her reason: convenience.  She simply wanted to carry one phone.

Clinton and her team have turned over tens of thousands of emails to the State Department that she has determined to be work-related.  Clinton insists she sent no classified information, but in a move that may cause additional criticism, she and her staff deleted emails deemed personal, prompting Republicans to call for a third-party investigation into the email uproar.

So do you believe Hillary only deleted her personal emails?