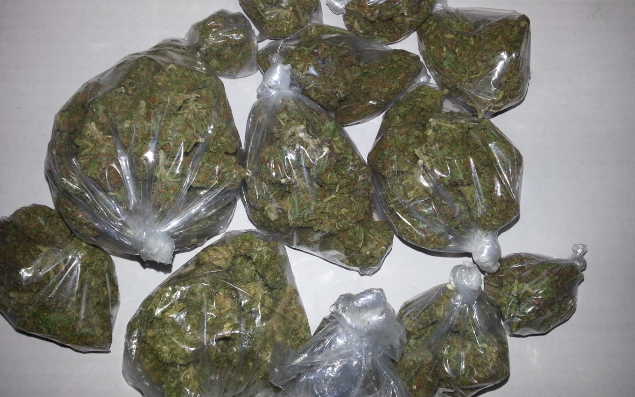 Police say they pulled over a vehicle after a traffic infraction but when approaching the vehicle officers smelled a strong odor of marijuana that provoked a search of the car.