Suspects Charged In String Of Burglaries 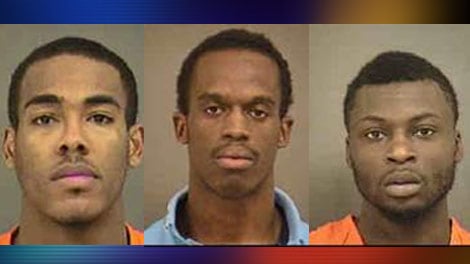 CHARLOTTE, NC– Police have charged three Charlotte men for an extensive series of burglaries dating back to 2013.

Authorities arrested and charged  Kwasi Brown, 23, Tyrone Smith, 22, Javis Dozier, 22, for burglaries, larcenies and vandalism’s from December of 2013 to January of 2015.

The suspects reportedly targeted local businesses, common areas, apartment buildings, hotels and school properties, where the suspects would steal electronics adding up to $60,000 of stolen property over the two years.

Brown was charged with five counts of felony larceny, felony breaking and entering, and resisting a public officer.