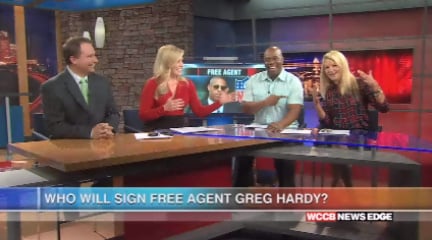 The Kraken, a.k.a. Greg Hardy, is now a free agent.  The former Carolina Panther’s status is clouded by his off-field issues and his spot on the NFL’s exempt list.

Despite the possibility of a suspension next season, the 2013 Pro Bowler has teams reportedly lining up.  So the question is: who’s going to take him?

FOXsports.com’s Brett Jenson and WCCB’s Kelli Bartik join Morgan and Rance to talk about the future of the Kraken…