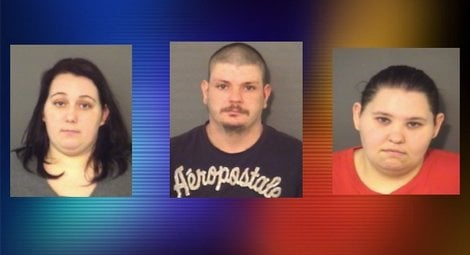 UNION COUNTY, N.C. — Three people are behind bars after investigators say they were notified about a cardiac arrest of a three-year-old child.

Last Thursday, deputies and first responders say they were called to a home in Marshville where they found the child breathing but with significant bruising all over the child’s body. The child was taken to Levine Children’s Center.

Investigators say, the three-year-old boy has been released from the hospital and his condition is improving. He is currently in the care of DSS.