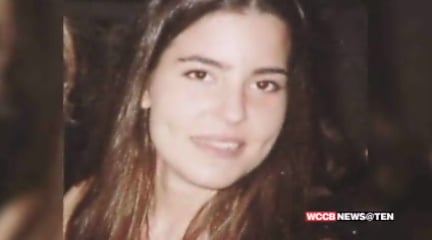 UPDATE: Police in Oakland, California say there is no link to Durst and missing Charlottean Kristen Modafferi.

CHARLOTTE, NC — There may be new information in the case of a Charlotte teen who disappeared without a trace 18 years ago.

18-year-old Kristen Modafferi went missing in California in 1997.  Accused killer Robert Durst was briefly a suspect in 2003, but nothing came of the investigation.  Durst is now facing new murder charges in Los Angeles, and Kristen’s family is asking investigators to look at Durst again.

Joan Scanlon-Petruski is the director of the Kristen Foundation and a family friend.  She says the Modafferis have never lost hope.

“They’ve been, had high hopes before,” said Scanlon-Petruski.  “So I think they’ve leveled out on that.  They think of Kristen every single day.  And yes, wouldn’t it be wonderful if we could bring her home in some way, and, you know, put her to rest.”

Kristen’s father Bob Modafferi didn’t want to talk on camera, but tells WCCB Charlotte that he hopes new information could lead to the truth about what happened to his daughter.