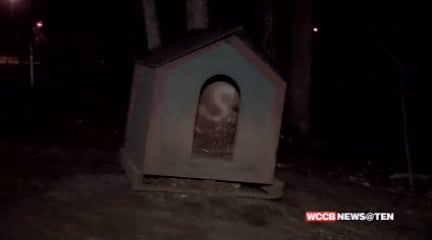 STATESVILLE, NC — Statesville Police say a man who shot and killed his neighbor’s dog did it in self-defense.

Cobb says this is what he would have done if a neighbor’s dog ran into his yard: “There’s no way if his dog broke loose and came over to my yard, I would, the first thing I would think was to shoot him.  Even if he was aggressive, I would go in the house, call the animal shelter.  There’s other ways.”

Cobb calls Bear a family member and says his next step will be to bury him.  The police describe the dog as a pit bull, but Cobb says he was a Labrador.