The Snark Report with Derek James: From Sweet and Cuddly to Bratty and Tough 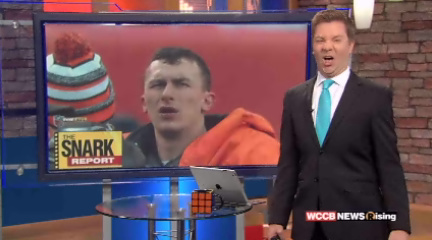 CHARLOTTE, N.C. – Cute pics on Puppy Day,  new brats in “Vogue,” the NFL finally gets something right,  upsets in the NCAA and the first hat is thrown into the ring.

Monday was National Puppy Day and celebrities and non-celebs got into the action showing off their pets.

Football fans got some good news from the NFL…they are getting rid of their blackout policy…well, at least for some of the viewers, anyway.

Brackets and wallets have been shattered all over the country thanks to this year’s NCAA tournament.

Ted Cruz has become the first candidate to throw his hat into the presidential ring.