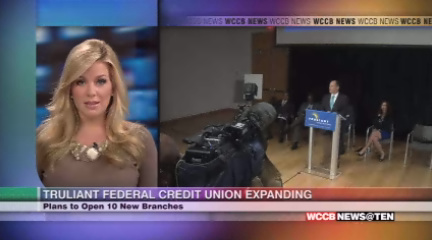 Winston-Salem-based Truliant Federal Credit Union says it will open 10 new branches in the Charlotte area.  The company plans to hire 120 people over the next two years.  Jeff Edge with the Charlotte Chamber says it reinforces the power of the banking industry in Charlotte.

“We’ve been diversifying that with companies like MetLife coming in with insurance,” said Edge.  “And other things, you know, that support the banking industry.  But it’s still a very big driver here.”

Truliant says the expansion will mean an initial investment of $11 million.  It will bring the total number of branches in the Charlotte area to 14.