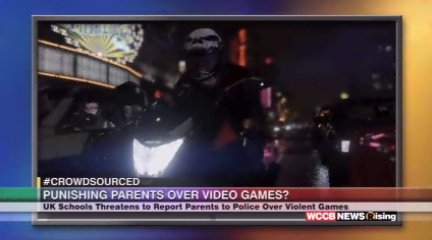 CHARLOTTE, NC — The debate over kids playing violent video games has raged for years, but now some schools may be overstepping their bounds.

One school district in the UK has sent out letters to parents threatening to report parents to the police for allowing their children to play video games with adult themed content. The move came after some students said that they played games like “Call of Duty”, “Grand Theft Auto”, and “Dogs of War.” Heads of the school cited concerns of “early, over sexualized” and violent behavior.

Rising Crowdsourced your thoughts on whether you think the schools should be allowed to dictate what you show your kids. We asked, and you responded.