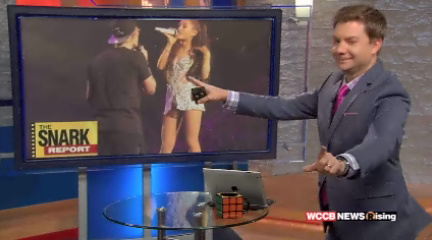 CHARLOTTE, N.C. – Getting a lot of cheers for Fury 325, a few tears for New Direction, and a singer’s worst fear.

Rumors have it that Apple may introduce a new iPhone later this year.

And pre-teen hearts all over the world were breaking when New Direction’s Zayn Malik said he was leaving the band.

Jeers to the Kardashians for their choice of babysitters.

It was what singer’s nightmares are made of…Justin Bieber forgets the lyrics. But things could have been worse.