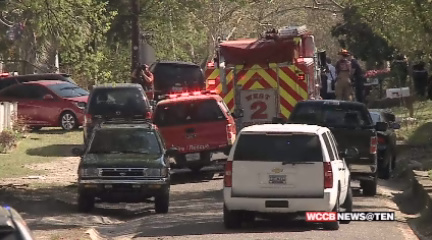 WEST COLUMBIA, SC — A West Columbia police officer shot in the line of duty is in stable condition. Officer James Holland and two other officers were trying to serve a bench warrant when they say 51-year-old William Kernan opened fire.

A bullet hit Holland in the head.  The four-year veteran officer managed to walk away.  The police chief says they have encountered Kernan before.

“We’ve had some run-ins with him in the past,” said Chief Dennis Tyndall.  “Um, can’t say what you expect, what you don’t expect, we certainly handled him with… because he has had behavior aggravated towards law enforcement before.”

The suspect stayed holed up in his house for about two hours before surrendering.  The state Law Enforcement Division has taken over the investigation.