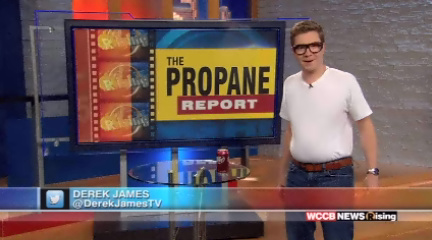 CHARLOTTE, N.C. – A very special guest host takes over for Derek today to bring us “The Propane Report.”  Dang it Bobby, this is gonna be interesting….

Guest reporter “Hank Hill” takes over for Derek today with his own take of the entertainment industry.

Iggy Azalea gets a little blind sided by a question from a 10 year old reporter.  Even the youngest member of the press need to know.

Daytime Emmy nominees have been announced.  Dr. Phil gets his usual nomination.

A woman gets kicked off an airline for breastfeeding.  Even Bobby quit earlier than this kid.

Be sure to watch our good buddy Hank Hill on his own show “King of the Hill” every weeknight at 11:30pm right here on WCCB Charlotte’s CW.