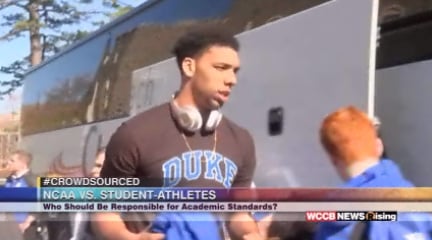 CHARLOTTE, NC — With all of the big games going on in the NCAA, are athletes placing putting as much emphasis on their studies as they are the big game?

The NCAA is saying that whether they are or not, is not their problem. The argument has come as a result of lawsuits filed by former UNC athletes saying they were unable to fully engage in their studies. The NCAA has stated it has no legal responsibility to “ensure the academic integrity of the courses offered to it’s student athletes at its member institutions.”

We Crowdsourced your thoughts on whether you agreed with the NCAA, or the claims filed in the lawsuits.