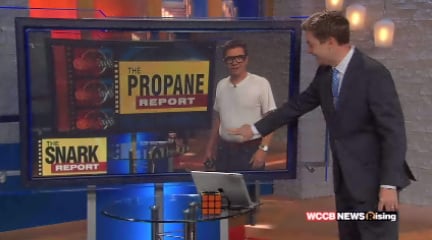 CHARLOTTE, N.C. – Plenty of April Fools pranks and what we wish were pranks thanks to Derek, Katie, the Kardashians the Stones and in-laws.

Derek and Wilson were really proud of their April Fool’s pranks, but it seem that TV’s Katie Couric may have one-upped the guys.

Unfortunately it wasn’t an April Fool’s joke…  it was announced that a spinoff of the Kardashian’s is coming to a TV near you.

The Rolling Stones may be rolling into a city near you soon.   Keith Richards and Mick Jagger just never age…do they?   Lookin’ good guys.

Apparently a small pizza shop in Indiana doesn’t plan on expanding the business in the near future.

And for all married couples out there…paybacks can be rough so make sure you treat your in-laws well.