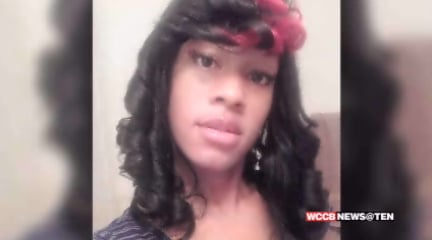 CHARLOTTE, NC — WCCB has obtained the 911 call from a murder-suicide in east Charlotte.  The CMPD SWAT team surrounded the Mission Reedy Creek apartments off East WT Harris Boulevard on Sunday.

Police say 27-year-old Cameron Phillips killed himself after murdering 29-year-old Alisa Mackey a few miles away on Perth Court.  The neighbor who called 911 says he heard gun shots, saw blood on the apartment door, and watched a man leave the apartment with a gun.

Police found Mackey’s young child in the apartment after the murder.  They tell us the child is physically okay.