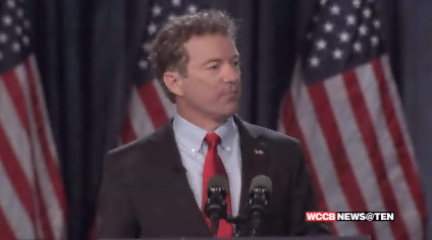 LOUISVILLE, KY — Kentucky Senator Rand Paul is running for President, and says he is ready to fix Washington.

The conservative Libertarian made his announcement official at a rally in Louisville Tuesday.  He’s the second Republican to enter the race, after Texas Senator Ted Cruz announced his intentions to run last month.

Paul is kicking off a four-state campaign swing through New Hampshire, South Carolina, Iowa and Nevada.