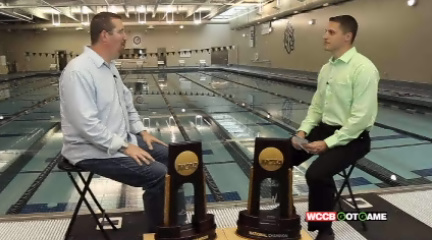 (CHARLOTTE, NC)- Queens University has finally made its mark in athletics.

For the first time in the school’s 158 year history, a national championship was brought back to campus last month. But it’s how the Men’s and Women’s swimming teams each for to Championship contention, that makes these two titles so special.

Both the Queens Men’s and Women’s teams knocked off Division Two Swimming power Drury last month in Indianapolis. The Panthers had won 10 straight titles on the men’s side, and six of eight on the women.