The Edgeitators: The Worst Part of Campaign Season? 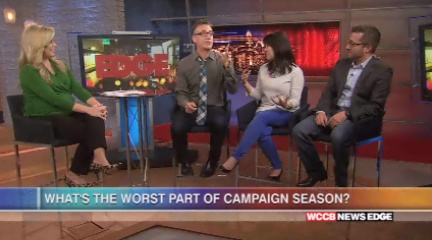 The race for the White House is on, with two Presidential announcements in just two days.

Clinton is the first Democrat to officially enter the field.  Polls show her far ahead of other possible Republican rivals, but we are still 19 months away from the election.

Nonetheless, campaign season is officially underway, along with all the trimmings.  So what do you think is the worst part of campaign season?  The Edgeitators battle it out…