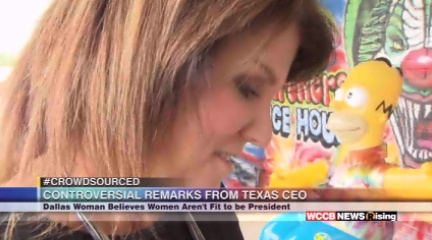 CHARLOTTE, NC — With Hillary Clinton officially throwing her hat into the Presidential bid campaign, comments regarding a female President are starting to pop up.

One comment has raised a lot of controversy, but ironically it was made by another woman. Cheryl Rios, a Texas CEO, said she doesn’t believe a woman can run the country due to differences in hormones and citing Biblical reasons. To her, she says the President should always be a man.

So Rising decided to reach out to you and Crowdsource your thoughts on the potential of a female President, and whether you believed Rios’s comments were to far.