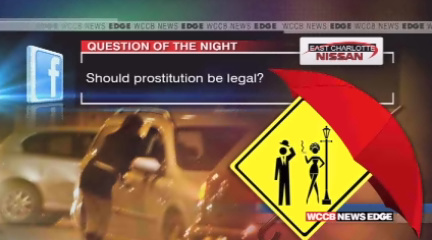 Sex worker advocates are seeking to legalize the world’s oldest profession.  A federal lawsuit filed March 4 seeks to strike down a California law criminalizing prostitution as an unconstitutional violation of equal protection and free speech rights.

So what do you think?  Should prostitution be legal?