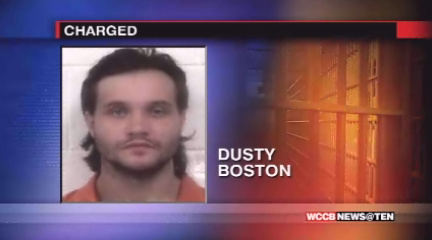 LENOIR, NC — The cousin of a teen who was accidentally shot and killed in Lenoir is in jail, charged with involuntary manslaughter.

Boston is in the Caldwell County Jail under $50,000 bond.  The woman who lives in the apartment where the shooting happened is also charged.

Police say Christy Eaneas gave alcohol to minors the night of the shooting.  She spoke to WCCB Charlotte the day after the shooting.

Eaneas and Boston have court appearances set for Monday.