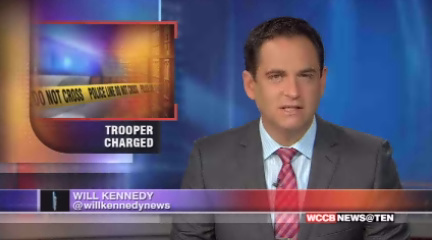 UNION COUNTY, NC — A State Trooper in Union County is on administrative duty, charged with assault on a female.

The Sheriff tells WCCB Charlotte that Trooper Bryan Kirkpatrick was arrested Sunday night, following a domestic situation at the home he shares with the victim.

Kirkpatrick is a 14-year veteran of the Highway Patrol.