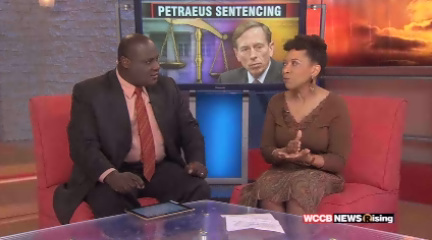 CHARLOTTE, NC — After what the Federal Court Judge called “a serious lapse in judgment,” Gen. David Petraeus was sentenced to 2 years probation and given a $100,000 fine.

WCCB Political Contributor Mary C. Curtis gives some insight into the Petraeus case and why the judge went fairly easy on the former CIA director considering the seriousness of his lapse in judgment.